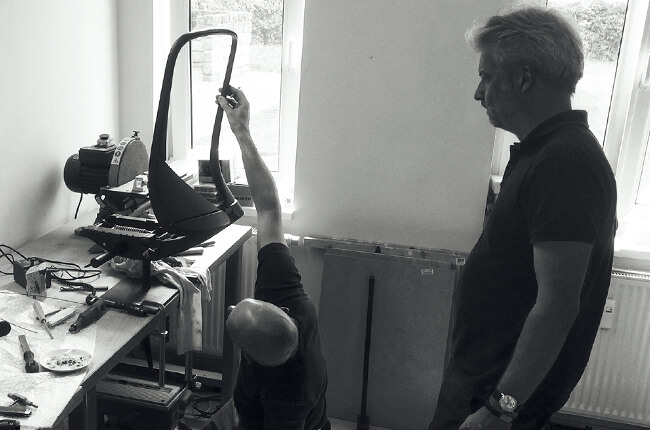 OUR COMPANY
We Create Better Working Environments
OUR STORY

Mr. Ni was born and grew up in a small village where his father worked for the local government. In his father's little office, there were two pieces of old and cracked office furniture, a 2 drawer writing desk, and a wooden chair. When his father worked for a long time, the desk and the chair would be wobbly and even pinch him. At then, the little Mr. Ni would think it would be nice if the tables and chairs could be more secure. This might closely related to the reason that he began his career as a carpenter who aspired to make beautifully well-crafted furniture.

While Mr. Ni became skilled in intricate woodworking such as making furniture, the young Mr. Ni looked for opportunities in a big city and was hired in a furniture factory. Later, he and his woodworking crew decided to start a carpentry workshop, and then he founded the Sunon group. As the years passed, Sunon today is the synonym of health-driven office furniture.

Today, Sunon is the largest furniture manufacturer in Asia and one of the largest in the world. With our global headquarters in Hangzhou, China; our U.S. headquarters in Irvine, California; and an R+D center in Berlin, Germany, we serve customers in 115 countries and have over 4,000 employees around the globe.